The story of Valentina and Stefano

Valentina and Stefano got married on a sunny day in June with a civil ceremony in Minerbio, a small town in the countryside around Bologna. They chose a very special location, Rocca Isolani, a splendid fortress built in the 1300s surrounded by greenery.

Rocca Isolani is located in Emilia, a few kilometers from Bologna. The peculiarity of this place is linked to the really suggestive scenery: the park that surrounds the property is rich in secular trees and hectares of greenery, and the Renaissance court remained practically intact. Adjacent to the Rocca we find the villa, majestic and elegant, and the beautiful dovecote.

You have to go behind the Rocca to discover the wonderful dovecote, with an octagonal base and a wonderful helical wooden staircase in the center. The project of the work is attributed to the architect Jacopo Barozzi, known as il Vignola.

Next to the Rocca stands Villa Isolani, built to welcome and host Charles V during his coronation as emperor of the Holy Roman Empire in 1530 in Bologna. The Rocca is an example of rare preservation of the ancient Italian Renaissance splendor.

Wedding design for Valentina and Stefano

We proposed them a complete project to celebrate their D-day. Valentina and Stefano have chosen the splendid dovecote as a backdrop for the civil ceremony that took place outdoors, en plein air.

The bucolic atmosphere and the intimate atmosphere of that part of the garden allowed us to create an essential and relaxed civil ceremony, in light tones, flowers with delicate colors. The desired simple style of the decorations was perfectly combined with the nature surrounding the Rocca.

What we have done for them 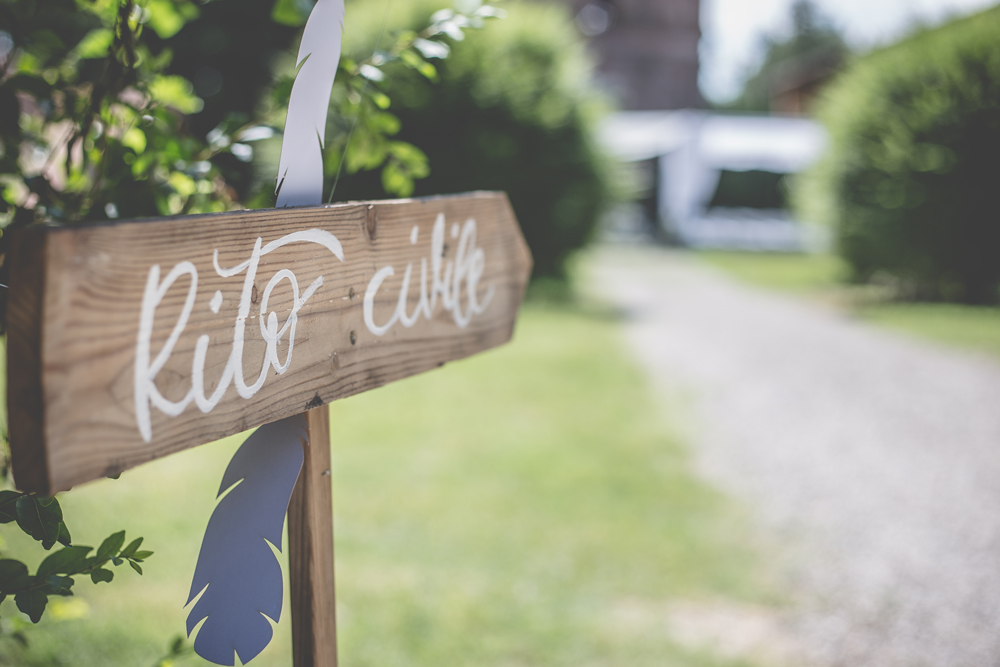 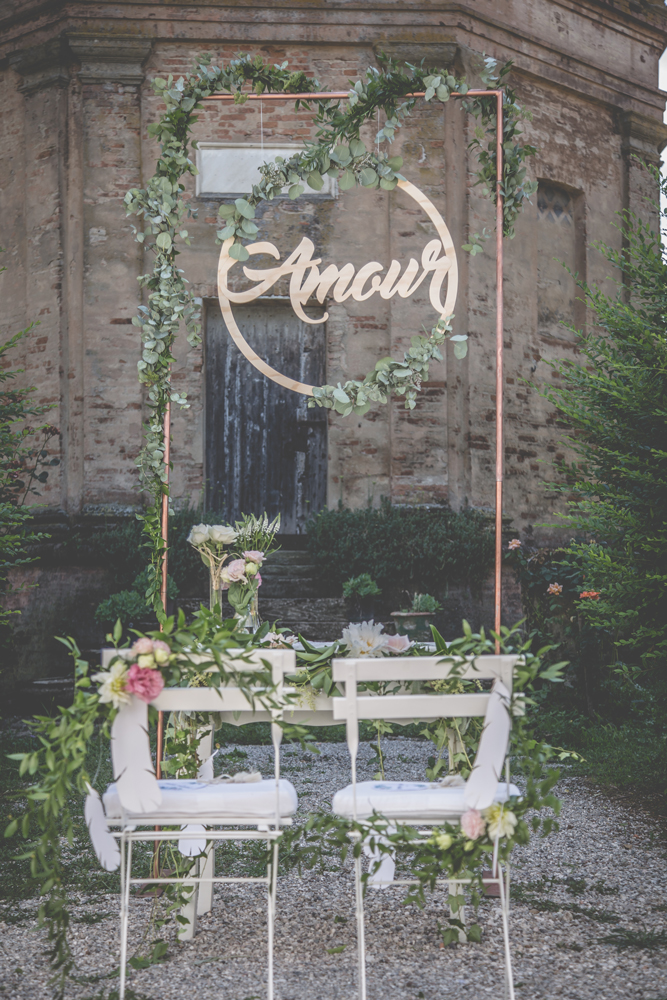 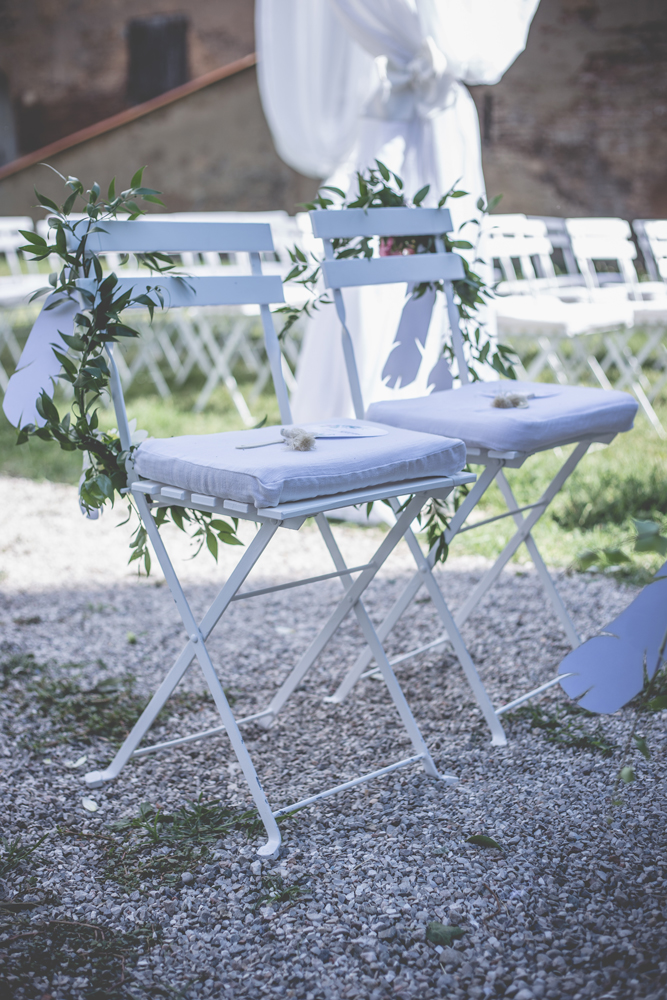 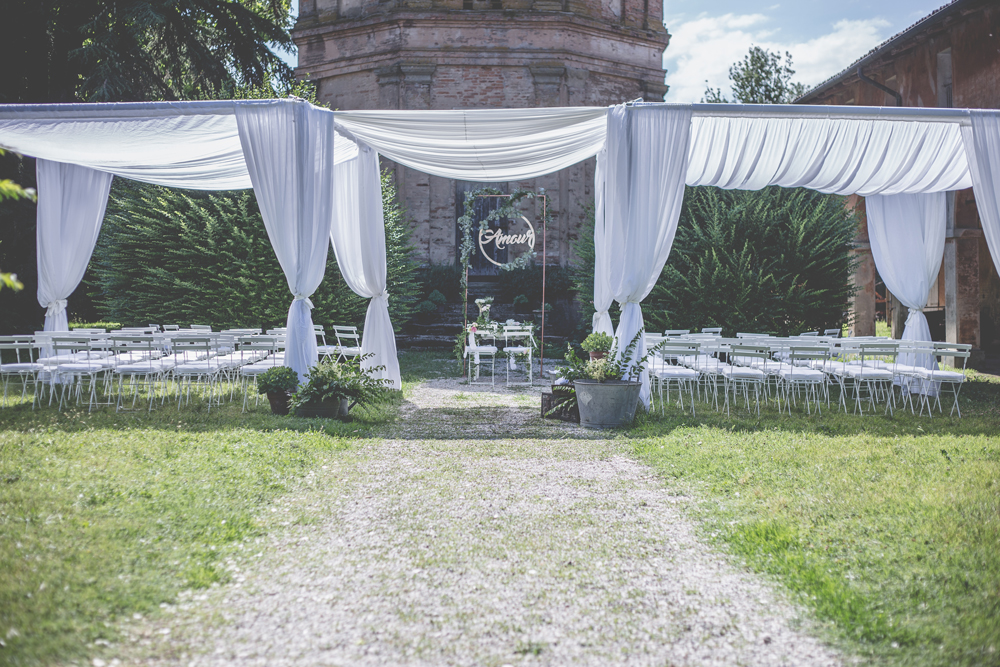 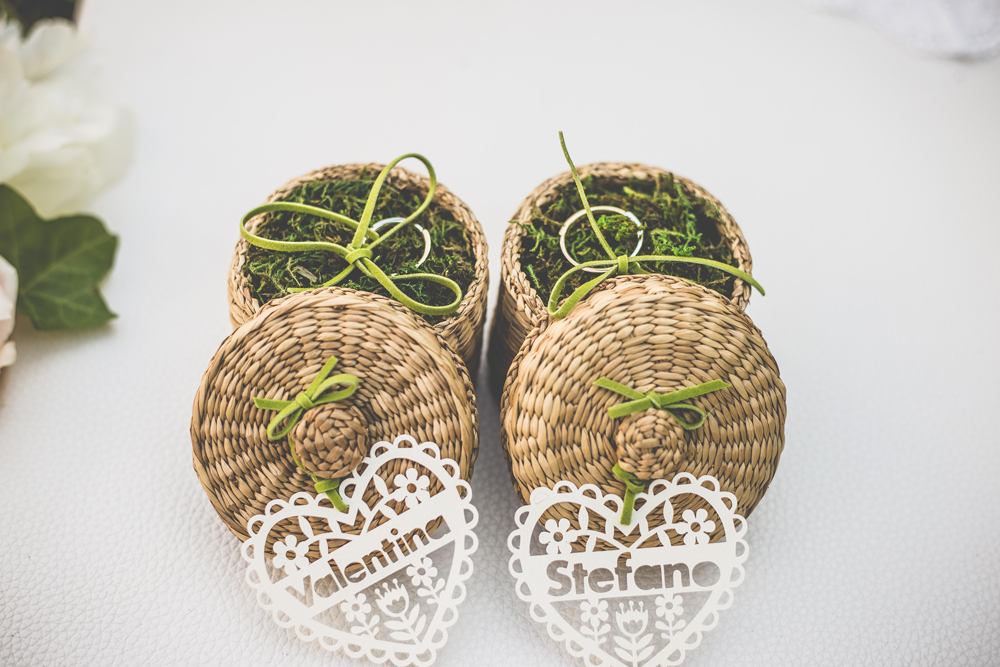 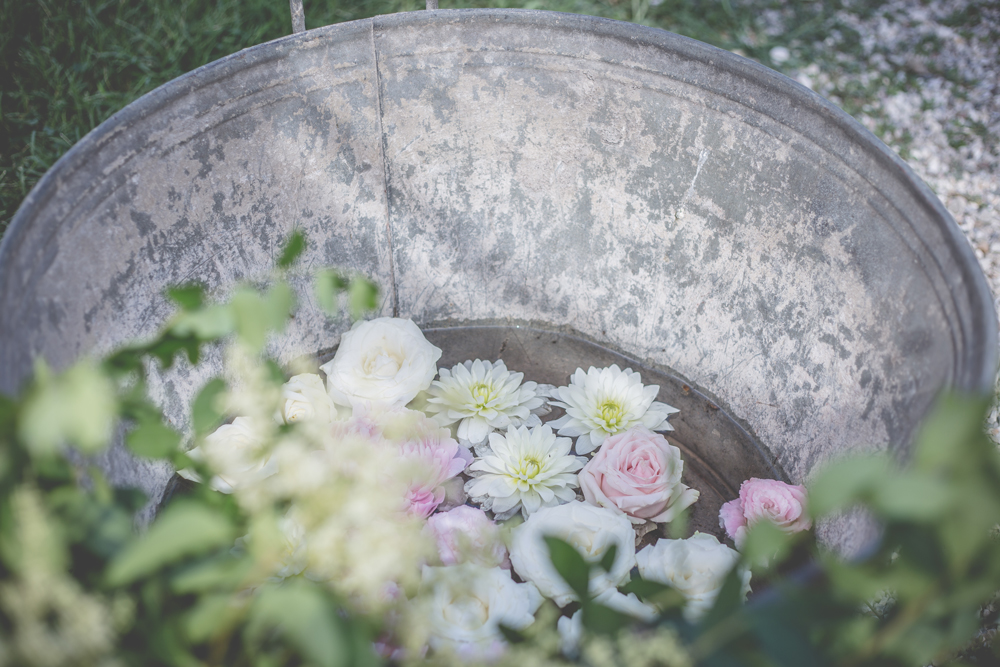 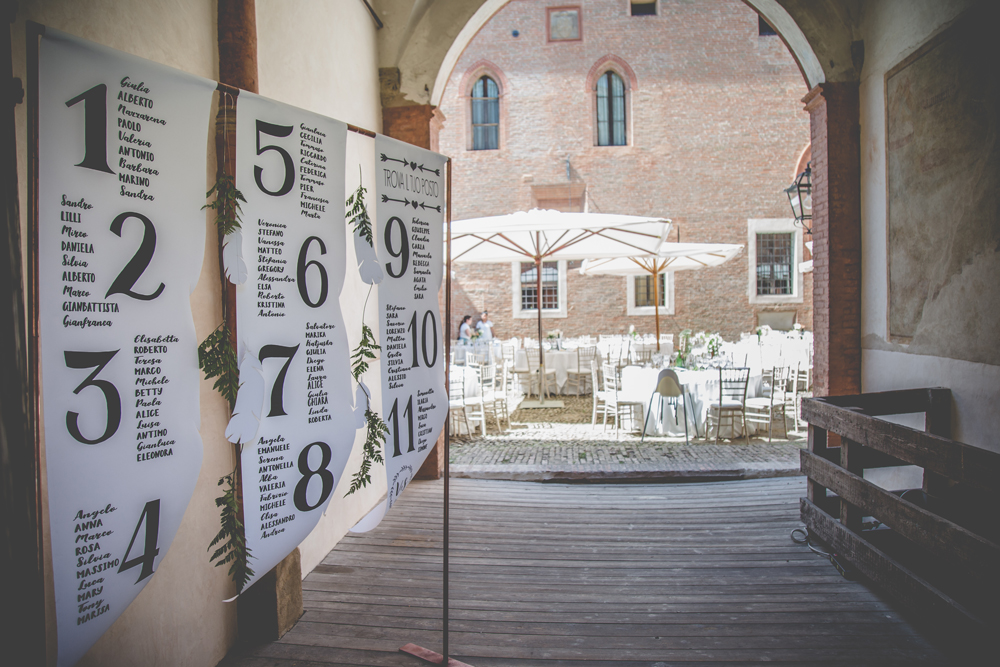 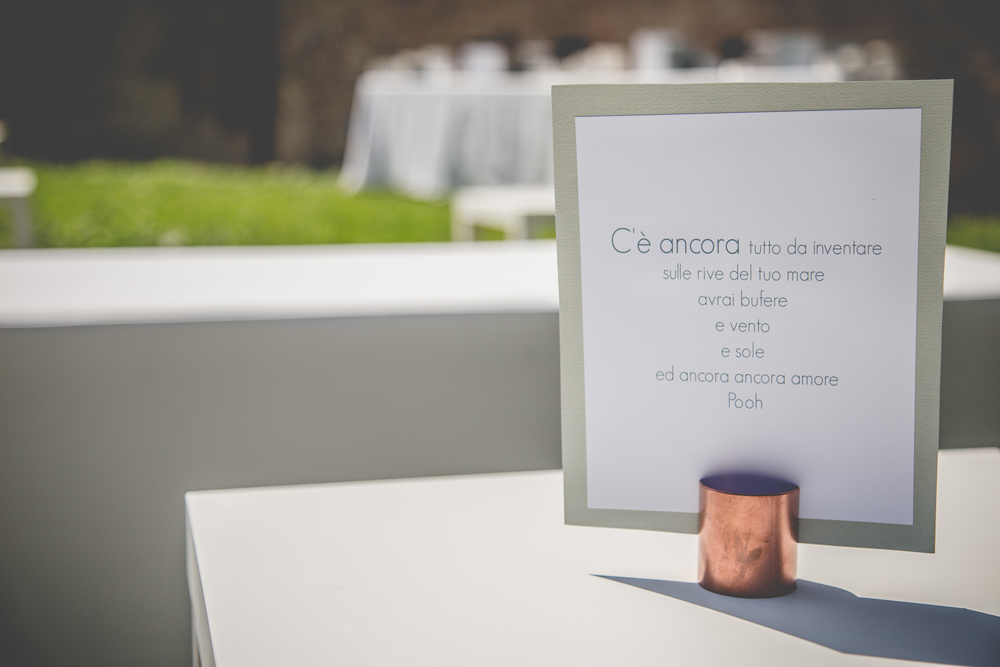 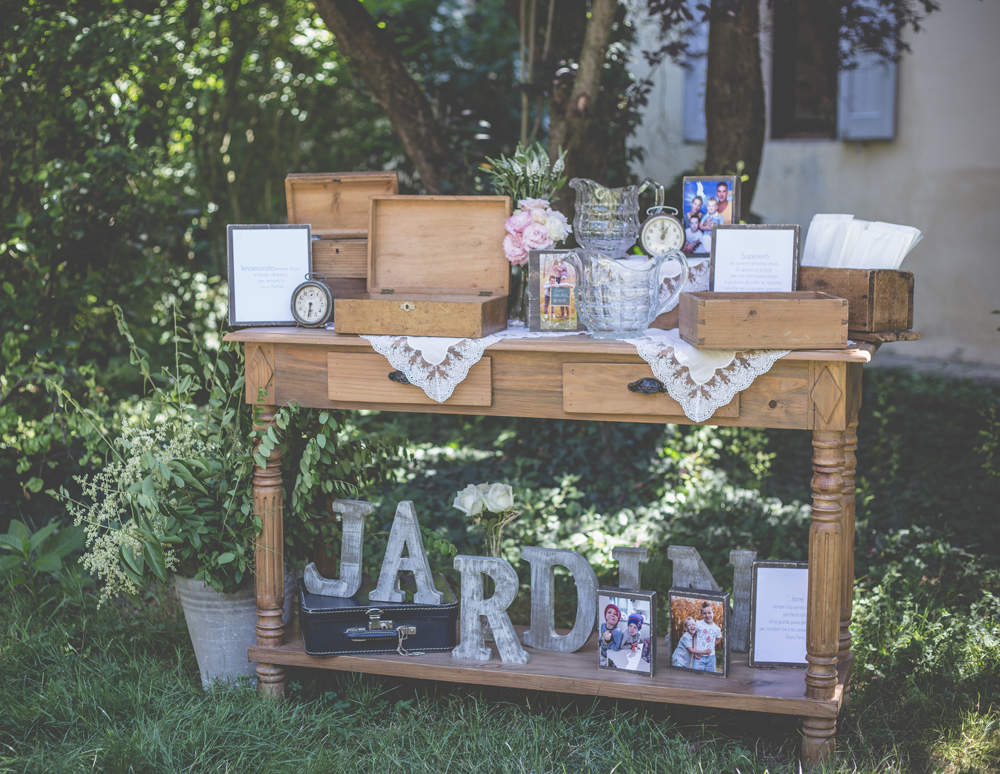 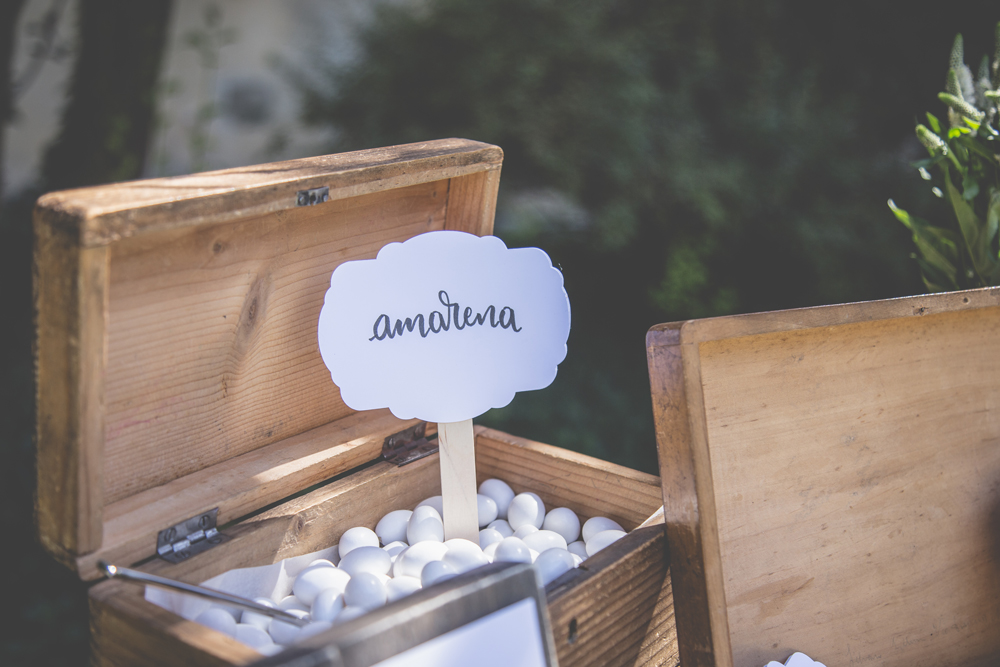 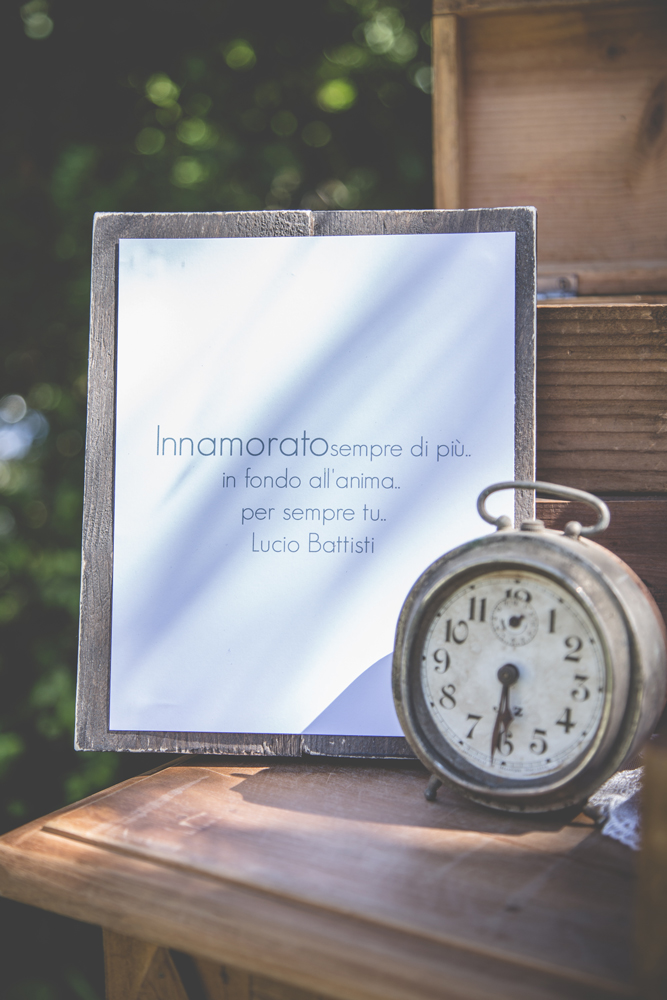 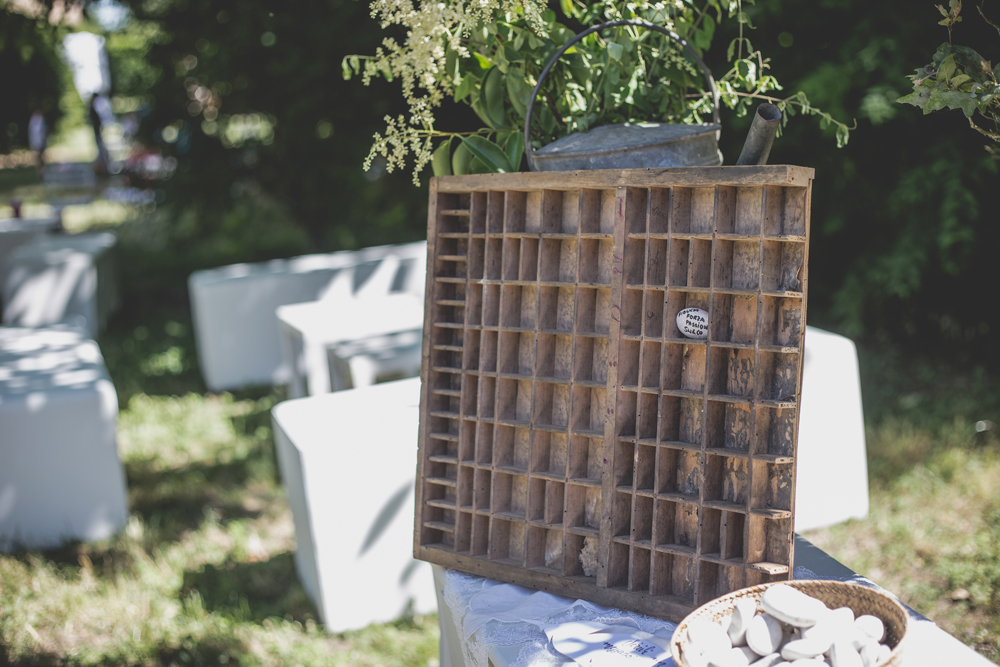 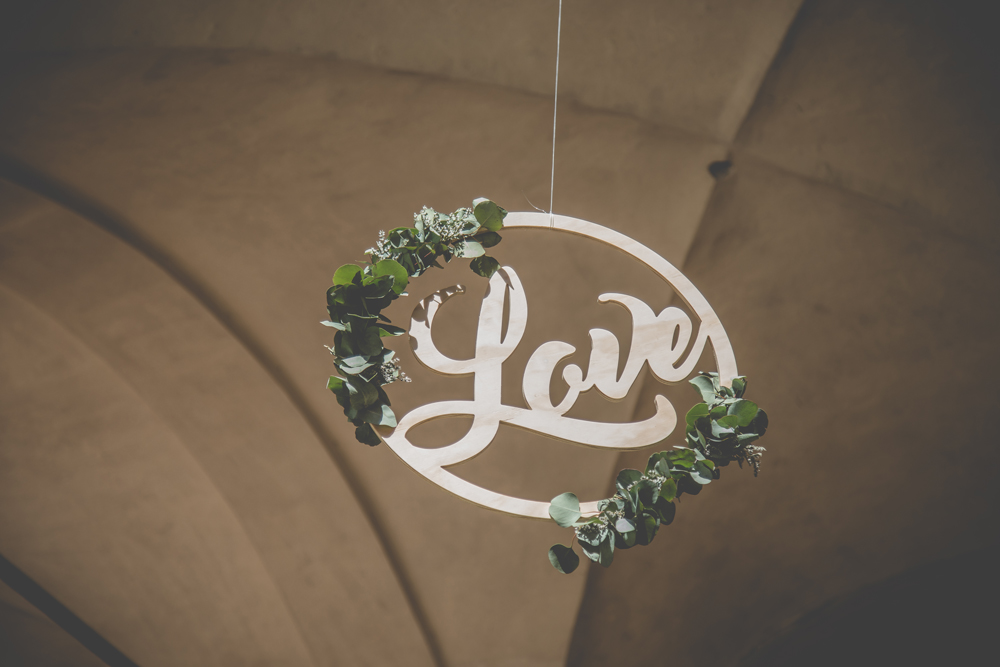 In the splendid courtyard in front of the dovecote and next to the villa del Vignola we set up the ceremony that was held with a civil ceremony. A shining June sun mitigated by fluttering white towels hosted guests for promises.

Old metal containers filled with water and floating flowers and vintage objects have surrounded and recreated the right atmospheres.
A cocktail in the park searching for shady foliage and, finally, a lunch set up inside the court. The fun and original tableau de mariage welcomed the couple and their guests. Wooden circles that praise love decorated in a simple but romantically refined style.

After lunch, other vintage items were the common thread for confetti and favors. A very personal photo booth attracted guests.

An air of lightness has characterized the whole. The warm Italian sun of mid-day and the surrounding park would not have allowed for different solutions, but everything went well. 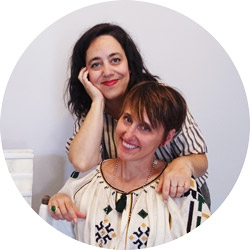 Siamo Angela e Patrizia, we work in Officina dei Matrimoni and we are wedding designers.

What we do is help brides and grooms design the details of their wedding, which means design, create and implement the image project of your wedding.

Are you looking for help in organizing and setting up your wedding?
Find out what we can do for you.